Roslesinforg is an all-Russian organization specializing in the comprehensive solution of forest accounting and forest management tasks in the interests of the state. The institution provides a full cycle of services to forestry enterprises, which will help to maximize the efficient and balanced use of forest resources in Russia.

In our work, we follow 3 main principles : to give information, to prepare documents and to carry out work for you.

The main range of services provided:

We will carry out comprehensive forest management work for the state and business, as well as related services in every region of Russia

We will prepare the documents required for trafficking in timber

We will carry out cadastral, land management, topographic and geodetic works

We will collect, analyze and provide information about forestry

Since 2008, we have been conducting a strategic type of forest accounting work - the state forest inventory (GIL). We have a unique database on the stocks, quality and quantity of the wood.

Roslesinforg is the operator of the Federal State Information System of the Forestry Complex (FSIS LC).

Since 2022 Roslesinforg is a federal forest inventory manager.

In the relation to the implementation of the state assignment Roslesinforg

We know how the forest works and our experts are ready to tell you about it.
More details

Our experts create and modernize information systems of various applications, they control them and ensure the functioning and use of it’s information resources.
Today
Roslesinforg is being transformed into one of the leading IT systems service providers in the forestry sector. We are working on launching the FSIS of the forestry complex for the state, business and citizens.
Soon
Forestry market expert
Analytical Center which will be created on the basis of Roslesinforg, will undertake analytical and statistical research for the state and business, will talk about trends and give an expert assessment of the forest market’s state. We plan to create client services based on digital technologies for forest users. 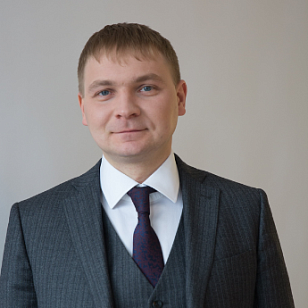 The digitalization of companies' activities has now become the norm. It is our new reality. Our mission today is not only to consolidate the forest health’s reports. Now, we are ready to create a range of services and customer services based on digital technologies.

The Federal State Information System of the Forestry Complex (FSIS LK) is the foundation of our large forest house. With its help, the state will be able to rationally plan the harvesting and consumption of forest resources, effectively manage and control them. Business will receive clear rules for working in the industry, and citizens will receive the accessible information about the forest. The open data of the forestry complex will help to attract investment in the industry

Now, Roslesinforg helps entrepreneurs solve a wide range of tasks: from a “turnkey” leasing forest plot to creating a set of documents for the implementation of investment projects on the forest development. This is a difficult job that requires a lot of concentration and patience.

We do not close our eyes to problems, but confront irresponsibility and incompetence, which, unfortunately, are still present now in Russian forestry. We do not expect that someone will solve complex forest problems for us. We are acting ourselves, realizing our duty to nature, state and society.

The Great Sovereign ordered to inspect and describe forests in all cities and districts, in palace and patriarchal, and in bishops, and in monasteries, and in all ranks in landlord and allodial lands…

Roslesinforg is the successor of the Russian and Soviet forest management since its inception in the 17th century by the orders of Peter I.
The history of Roslesinforg began on May 23, 1937, when the All-Union Forest Inventory Office (Lesproekt) was created.
By 1957, Lesproekt made known all the forests of the USSR.

In the late 70s, with the advent of the first computers, the forestry industry needed to comprehensively automate the collection, processing, and analysis of all forest reporting. That is why, in 1980, by order of the Minister of Forestry of the RSFSR A.I. Zverev, the Main Information and Computing Center of the Ministry of Forestry of the RSFSR was created. In 2001, it was renamed Roslesinforg.

On April 26, 2007, all forest management enterprises of the country with their expeditions became part of Roslesinforg.
Roslesinforg today is a vertically integrated structure with a central office in Moscow and 37 branches throughout Russia. 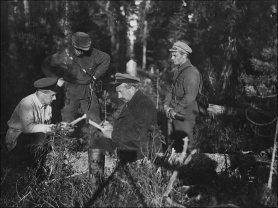 After October 1917, forest counting resumed only in the mid-1920s. The first Soviet forest management instruction was created by M.M. Orlov in 1926. At the same time, no systematic work was carried out, scattered groups of forestry specialists investigated only individual small forest tracts.

The Soviet state, having survived the famine in the Volga region and not forgetting the experience of the NEP, needed to master new technologies and expand production. The course towards industrialization could not but touch the forests of the USSR. The position of the state of the epoch of the last pre-war decade was quite accurately expressed by the head of the Central Forestry Administration of the USSR People's Commissariat for Agriculture M.G. Zdorik: "As long as we need the forest, we will cut it in the amount of our need, regardless of any theoretical reasoning." ("Timber Industry", 1929, No. 7). 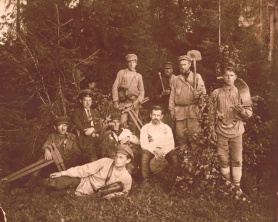 On May 23, 1937, the All-Union Forest Inventory Office (Lesproekt) was created under the Main Directorate of Forest Protection and Forest Plantations under the USSR Council of People's Commissars.

In wartime, the forestry enterprises of Glavlesoohrana supplied a huge amount of firewood, building materials, charcoal and raw materials for obtaining rubber, tar, tar, and many other forest resources. Therefore, despite the height of the war, in 1943, by a decree of the Council of Ministers of the USSR, a regime of forestry and forest management was urgently adopted, in accordance with the established three groups of forests in terms of national economic importance. This decree for many years determined the state technical and economic policy in the forests of the USSR, and in the post-war years it made it possible to preserve and further increase the forest resources in the territories of the USSR ravaged by the war. 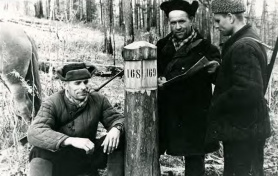 During the years of the restoration of the national economy after the Great Patriotic War, it was also required to pay close attention to forestry.

By the beginning of 1960, about 6,000 engineers and technicians and up to 10,000 workers were working in forest management.

On the initiative of the head of the V/O "Lesproekt", a military pilot, P.I. Moroz, forest managers, in collaboration with scientists from the Leningrad Forestry Academy (LTA), have developed a technology for the rational combination of forest inventory interpretation of color spectrozonal aerial photographs with field work, which has become widely used in the construction of forests in multi-forest areas. This made it possible to increase the annual volume of forest management work in the developed and developed forests of the European North, Siberia and the Far East by 1.5-2 times in a short time.

In the 60s, automated cartographic systems appeared – the prototype of the first geographic information systems (GIS).

In the 70s-80s, V/O Lesproekt introduced computers, and aerotaxis was replaced by decoding of spectrozonal aerial photographs. The taxator's toolkit was supplemented by full-time meters, altimeters, and age drills. The use of GIS in the work of forest managers is becoming a prerequisite, and the first satellite images appear. 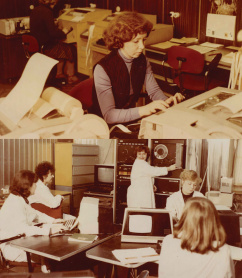 By continuing to browse the site, I consent to the use of cookies.
Save and close
City selection
For example: Moscow
Иркутск
Санкт-Петербург
Вологда
Тюмень
Архангельск
Новосибирск
Красноярск
Нижний Новгород
Тюмень
Хабаровск

Thank you!
Your message has been sent
Close